Noon on a clear day, or 2 AM during a storm.  When do you want to hear about your generator problems?

We’ll take bets that it’s not the latter. Yet many facility managers have the same fear. Will their generator perform as expected when the power goes out in the middle of the night?

Discovering potential generator problems in a controlled setting at a time of your choosing is a much safer approach than dealing with them during an emergency.

The following is a case to this point.

What is interesting is how the problem was discovered. During a voluntary customer requested load bank test, the P3 Generator Service technician noticed a high coolant temp indication on the control panel.

This high-temperature reading prompted an investigation for signs of leaks. It did not take long to locate the source, a bubbling leak where the cylinder head sits on the engine block – just one of many symptoms of head gasket failure.

The leak allowed hot exhaust gases to enter the coolant, which resulted in a higher than expected coolant temperature. Had it been left undetected, this issue could have resulted in significant problems for the operators and residents of this assisted living center should the generator had failed during an actual emergency.

Instead, under the watchful eye of a trained technician, the load bank test detected an issue in a controlled manner that allowed for a safely planned resolution. In this case, the P3 team quickly replaced the cylinder head and gasket and had back-up generators available if necessary. 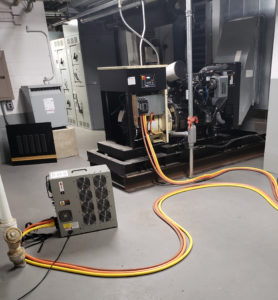 It is important to note that other symptoms might indicate a head gasket leak without the use of a load bank, but running a generator on load allows for a better chance of finding issues like this, as well as other possible problems. Load banking produces higher temps and pressures in the engine, so problems not seen during routine exercising will show up during a load bank test.

Weekly test runs and load transfers do not always allow the generator to attain it’s rated kW power output. Only during an actual loss of ground power will the generator be called upon to provide electrical output equal to its capability. Potential problems like this one may have gone unnoticed, potentially resulting in generator failure at the worst possible time.

A load bank test is an excellent tool to mimic the power requirements of an actual emergency in a controlled environment. And depending on the type of facility that you operate, they may be required by code.

Learn more about load bank testing before summer storms call your generator into action at 2 AM.

Get our insightful take on Government policy changes, common maintenance issues, and many other news topics related to the successful operation of your emergency generator by reading our quarterly newsletter.

How to check air quality reports for generator testing 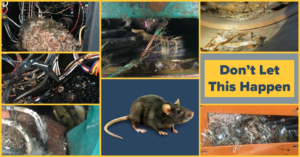 Rodents Kill Generators – Here’s How to Stop Them 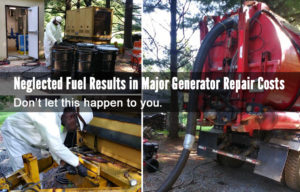 How to check air quality reports for generator testing